I want to dive in Thailand, but it’s Green (rainy) Season?

Can I actually dive during Green Season?

The good news is – YES! But not everywhere, due to Marine Park closures.

When and what is Green Season?

Being so close to the equator, Thailand experiences only two major seasons each year, dictated by monsoonal winds:

Of course, there are always exceptions, such as northern Thailand (think Chiang Mai) which has three seasons.

But here in Krabi (in southern Thailand) we have two seasons. So what does that mean for the weather patterns?

May to October – winds originate from the south-west (Indian Ocean), bringing rain and storms.

November to April – winds originate from the north-east (overland), so the weather is dry. In December and January it is a little cooler, heating up in February and March and April. There’s a climate graph here

Does Green Season mean it rains all the time?

The wettest months are September and October, and the driest are January-March.  However, that doesn’t mean it rains every day. More likely, there will be periods of rain, rather than constant rain. You can check a weather forecast like Wunderground but make sure to look at the percentage chance of rain (rather than the daily symbol which usually shows thunderstorms every day during Green Season!). Under 50% generally means light or no rain, or perhaps an isolated heavy shower. Over 80%, and for a few days in a row, is likely to be one of the few times during Green Season where the rain and clouds do settle in.

During the rest of Green Season, just over half the days are actual rainy days.

What about the diving? Should I even book a trip?

Yes, but as mentioned previously, with some restrictions.

In the Krabi area, Koh Haa Yai islands and Hin Daeng / Hin Muang are closed now until 1 November. Which leaves many diving choices in the Ao Nang Archipelago, and the Phi Phi Islands?

Will the boat trip be rough?

Sometimes it will be wavy, particularly on the way to Phi Phi dive sites, but our boat, Petchmanee 10, is large enough to handle these without being uncomfortable. We also have a very comfy, completely enclosed dry saloon if it does rain on the way home. Waves can also affect some sites but we assess the conditions each day and choose sites that are as protected as possible. Viking Cave dive site is a good example, as it’s on the east side of Phi Phi Ley, and largely protected from strong currents. 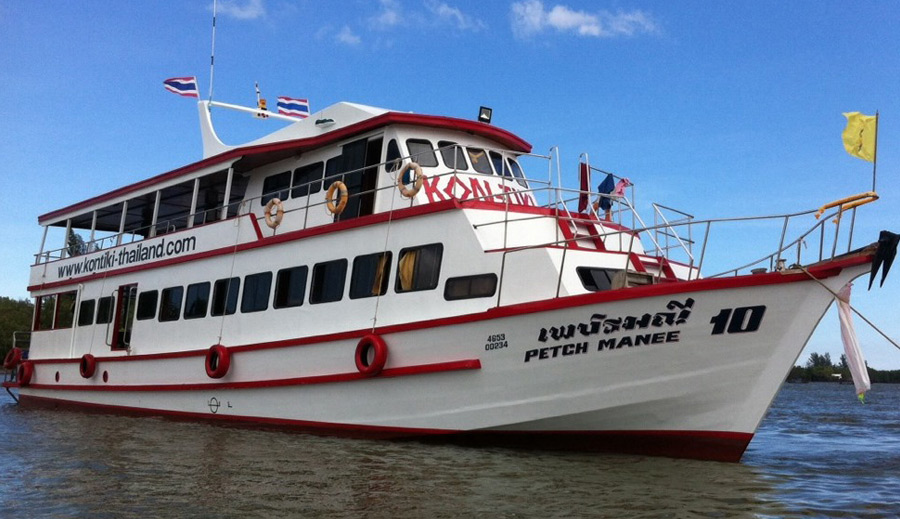 In case you need more reasons to dive over the Green Season:

During Green Season you will often find cheaper flights, hotels discounting rooms, and a range of deals and bargains about.

Green Season is quieter and much less crowded than high season. Less guests in hotels, smaller crowds on the beach, less divers on the dive boat and underwater.  And generally a lot more laid back atmosphere with the locals more likely to engage with the reduced number of tourists.

Less divers means some of our more reticent marine life, such as Leopard Sharks, can be sighted at some dive sites. 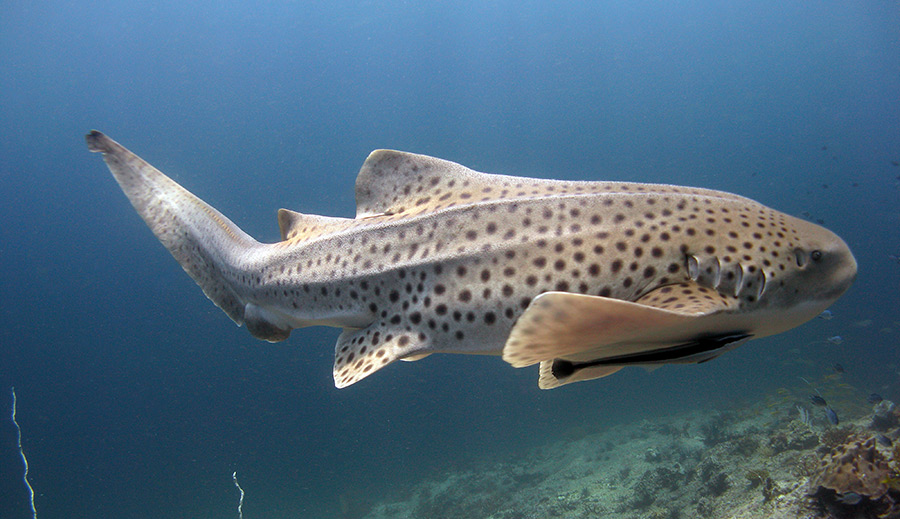 Is Green Season for me?

If you are a sunshiny person who only loves diving on flat calm seas and blue skies, then Green Season is probably not for you. It will still be warm though – both on land and in the water (around 30°C!)

BUT… if you are happy to roll with the weather a little, you will still have a great holiday. And on the days when the weather isn’t appealing, learn to cook Thai to impress your friends when you get home, indulge in a massage, or seek out Green Season bargains on Thai silk fabrics and handcrafts. And just maybe, you will get to experience things that high season visitors will never know.