Kon-Tiki Interns - The next step 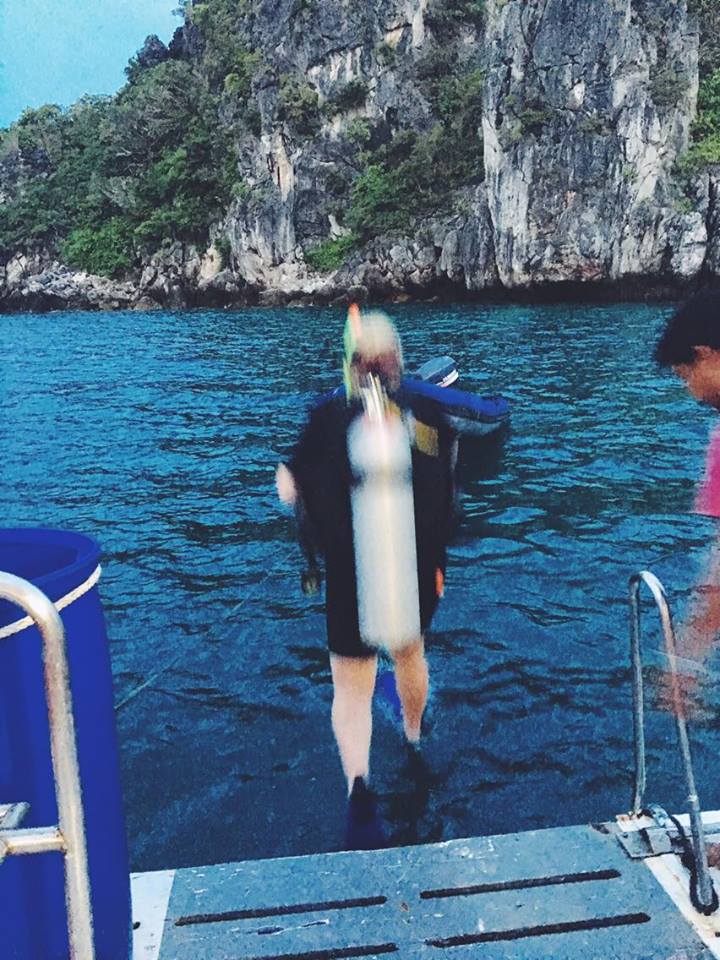 Now you may be wondering what I mean by "the next step" but that is easier explained than you might think.

I have started a new course down here who called the Advanced Cours. So the next step after taking the Open Water. This course means that I get to do a bit of adventure dive and dive down to 30 meters depth. With the Open Water, you are certified to dive to 18 meters with a buddy. But I thought that the diving down here was so much fun so I told Malene that I was interested in this course, so just a week later I had a place to do the course, I got a place on the boat who would go to Shark Point for three dives. I started my course and to pass the course you must do five dives. I did as I was told three dives out at Shark Point and I could not be more proud of myself that I actually did it.

The first stop was at the King Cruiser, and everyone who don’t knows is King Cruser a big ship that sank about 19 years ago. This wreck is then located at 30 meters depth, and I was very nervous before I had jumped into the water. I asked my instructor if he really thought I was ready to do this when I got my textbook yesterday evening and sat and studied into the night. But even though I received everything I felt really nervous. But I was lucky that I ended up in a group with a man named Ricki had done over 100 dives, and that Jonathan and Brannan training to be a Dive Masters. I could probably not be in a safer area because I was so nervous before we jumped in and started the dive. Well when we got down to the bottom so we ended up at 30 meters deep and they were when they felt the relief of the body and you could just enjoy what I really get the chance to do. We swam around the first King Cruiser but Fran wanted to be a little adventurous so we swam closer to the wreck so you could get to know the feeling. When we came back to the surface, I could not stop smiling, what a feeling, and I really did it.

The other two dives were on Anemone Reef and Shark Point. Anemone Reef was had very nice marine life. Here I made my deep dive and then we went down to 27 meters. Again, we see how the colors will be in deeper water. Shark Point has three different reefs in a row. Here was my test to make drift dive. It was quite strong current so in some cases it was very tough to get through, I was already a little tierd from the other dives but this was a small challenge. When all three dives were done, my instructor up and said "I was not expecting you to be such a good diver after only 5 dives before." I was as happy as a little kid on Christmas Eve when getting presents. Just to hear a positive comment makes you want to dive on even more.

At Sunday I did my last two courses dives, In the first dive I did fish ID and learned how to divide them into different families. On the second dive I did navigation and swimming distances, turning, as this would be a square and I would learn to follow the compass even better. After these two dives I was certified as advanced diver. I was proud over myself and that I had a really good instructor who believed in me. This I certainly do not regret that I did!