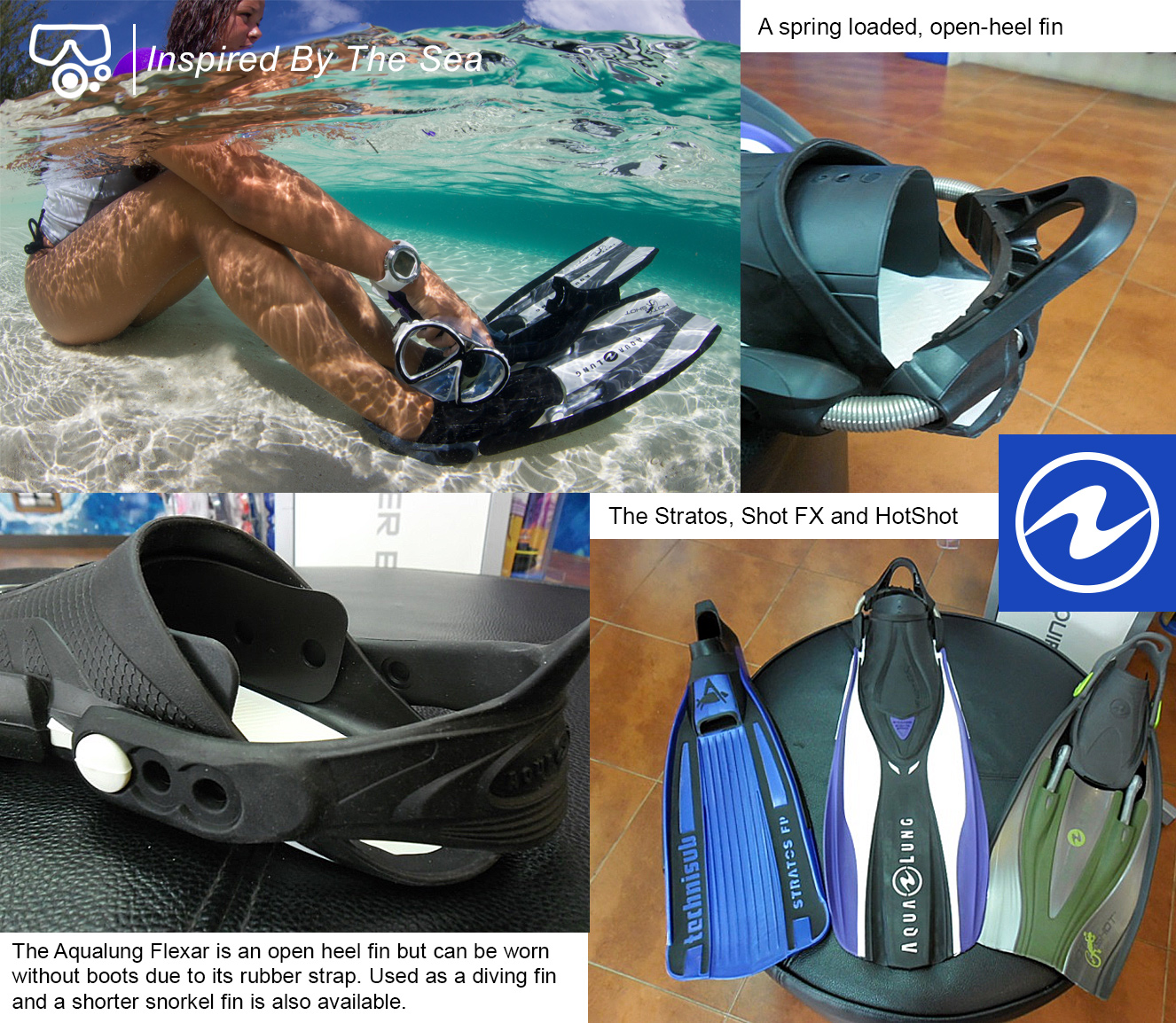 Having your own fins is highly recommended as not only are they light and portable, but can also be used for diving and snorkeling.

But what's in a fin, what are the differences and how might they affect you? Open heel or full foot?

Full foot fins are what you might think of initially as they are basically a clown shoe! These fins are used for snorkeling and warm water dives. Snorkel fins can be a little shorter than their diving equivalent so, if you plan on diving with them too, go for the longer ones.

Open heel fins are used mainly for diving. With these, a neoprene boot is also worn so the strap on the fin is comfortable and your foot fills the fin. If diving in colder waters, these fins are a definite as the full foot ones cannot be worn with the neoprene boots.

The other thing to take into account is the flexibility of the fins. The more flexible they are, the less strain they put on your legs as you kick. As proper snorkeling fins are usually shorter, this is not much of a problem but stiff or cheap fins can be annoying to use. For divers, the choice can initially be somewhat overbearing with so many designs and features. Aqualung have created a basic, no-thrills diving fin called the Stratos; a soft, flexible fin called the Shot FX which is very easy and comfortable to use as both a snorkeling and diving fin plus the HotShot which has "gears" that the diver can set to their own comfort level. All of these fins, alongside a few others, can all be purchased here at out dive shop.

These are the basics of fin technology and how to choose one that is right for you. Yes, there are other designs/technologies that can be purchased that can also be of benefit to you such as super-stiff "Jet Fins" that are great for diving but useless for anything else or the 'Love them or loath them' split fins (Mike the instructor here swears by them and won't listen to the hate!) which almost feel like wearing no fins at all and are very fast but can become more difficult to use in strong currents.

All fins have their advantages and disadvantages so choose the correct one for the conditions you will be using them not. And remember, FLIPPER is the name of a TV dolphin from the 60's!!!