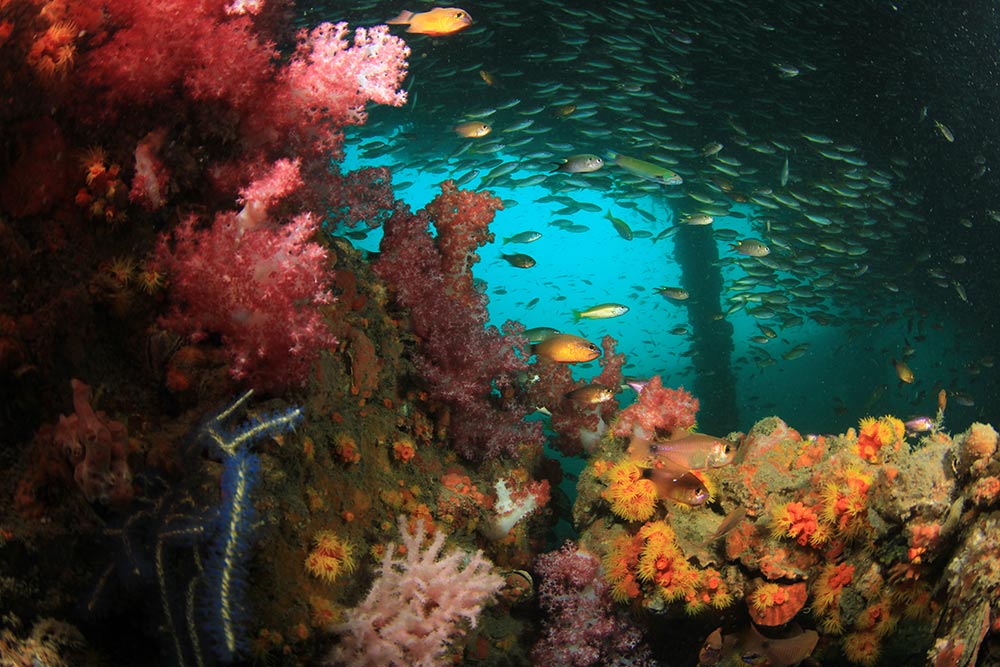 For many years wreck diving have been my great interest. When growing up I loved history and most wrecks will provide you with the great story, before you even get a chance to dive it.

Some wrecks are purpose-sunk and some act like an artificial reef and a sanctuary for marine life while others might be lost as the result of an accident. Either way wrecks are fascinating! Ships, airplanes, busses, trains and even cars are amazing to dive and usually it has some new habitants like sea-urchins and scorpionfish and a lot of different marine life, which is attracted to the wrecks as much as divers. Each wreck dive offers a chance for new experiences, to solve a mystery or finding new things that others may have missed.

Maybe Ao Nang or Krabi is not known to be a wreck capital, but there are a few different wrecks types worth exploring. Located just outside Viking Bay in Phi Phi Islands, we can dive Kled Keo, which was sunken on the 19th of March 2014. This Norweigan built vessel AKS 861, by PUSNES MEKANSIKE VERKSTED, was commissioned in the thai Navy on the 9th of April 1956. The dual diesel engine ship is 47 meters long and 7,7 meters wide. From 16 m to 30 m.

The most popular wreck in the area is the King Cruiser. It was a car ferry rebuilt as a passenger ferry that sank 4th May 1997. It was operating between Phuket and Phi Phi islands, when it hit the submerged but well chartered pinnacle Anemone Reef. The impact made a large hole in the hull, and the vessel sank within 2,5 hours. All 561 passengers were rescued as they were picked up by police patrol boats and fishing boats which had raced to the rescue in response to an emergency call. The wreck stands upright at 33 meters and comes up to around 16 meter.

Just outside Ao Nang islands, by Koh Yawasam we also have the HTMS Ravi. This was originally a US Navy tank landing craft and built in 1944. It did service in World War II Asia Pacific campaign in 1945 and she was one of 6 tank landing craft transferred to the Thai Navy in 1948. In April 2013 she was decommissioned and she is 36 m long and 10 m wide. Now she is lying upright at a depth of around 25 meters .

To dive the wrecks here you have to have an Advanced Open Water qualification as they are deeper than 18 meters. You can either do one of the wrecks as a part of your PADI Advanced Open Water Course with us or sign up for the Wreck specialty, which is just 2 days. Here you will dive 4 wreck dives to obtain this certification.

Join me on this great adventure and you will learn where and how to get background information on wrecks, how to locate wrecks and how to prepare for a wreck dive. During the dives you will learn wreck diving techniques, evaluate and avoid potential risks.

The PADI Wreck Diver Specialty course, gives me as instructor new challenges and a chance to inspire other dives to love it as much as I do. Read more here